At the end of the 90s we brought this rim to the market and we were prospering directly. The Racelite area application was widespread. Next to usual applications for VW, BMW, Opel, Volvo and so forth, some special applications as for example 8J und 10J!x 17 for Smart Roadster. Firstly only available in 8Jx17 we became able to cover almost all current bolt circles  with this onepartite wheel.

The ET-range of 25-50 suited best for the former vehicles.

With its 17 inch our Racelite was one of the biggest wheels on the market.

Then as now the design looks impressive. Based on the success we elaborated the Racelite design and brought out a new one as a 3-part rim.

Sizes of 6,5J bis 14Jx17 could have been adapted individually to the car and espacially extremely wide and even slim cars became able to be served.

After our 8Jx17 Racelite was accepted quite successfully, the demand for other widths and more freedom regarding the ET choice rised.

Th classical 5-spoke design was refined and published as middle part for 3-part rims. These parts in DurChrom and Highgloss Silver are combined with one Radinox outer ring each – which makes the wheel essentially more durable. The rim base can be adjusted individually so rims with a maximum well can be constructed. 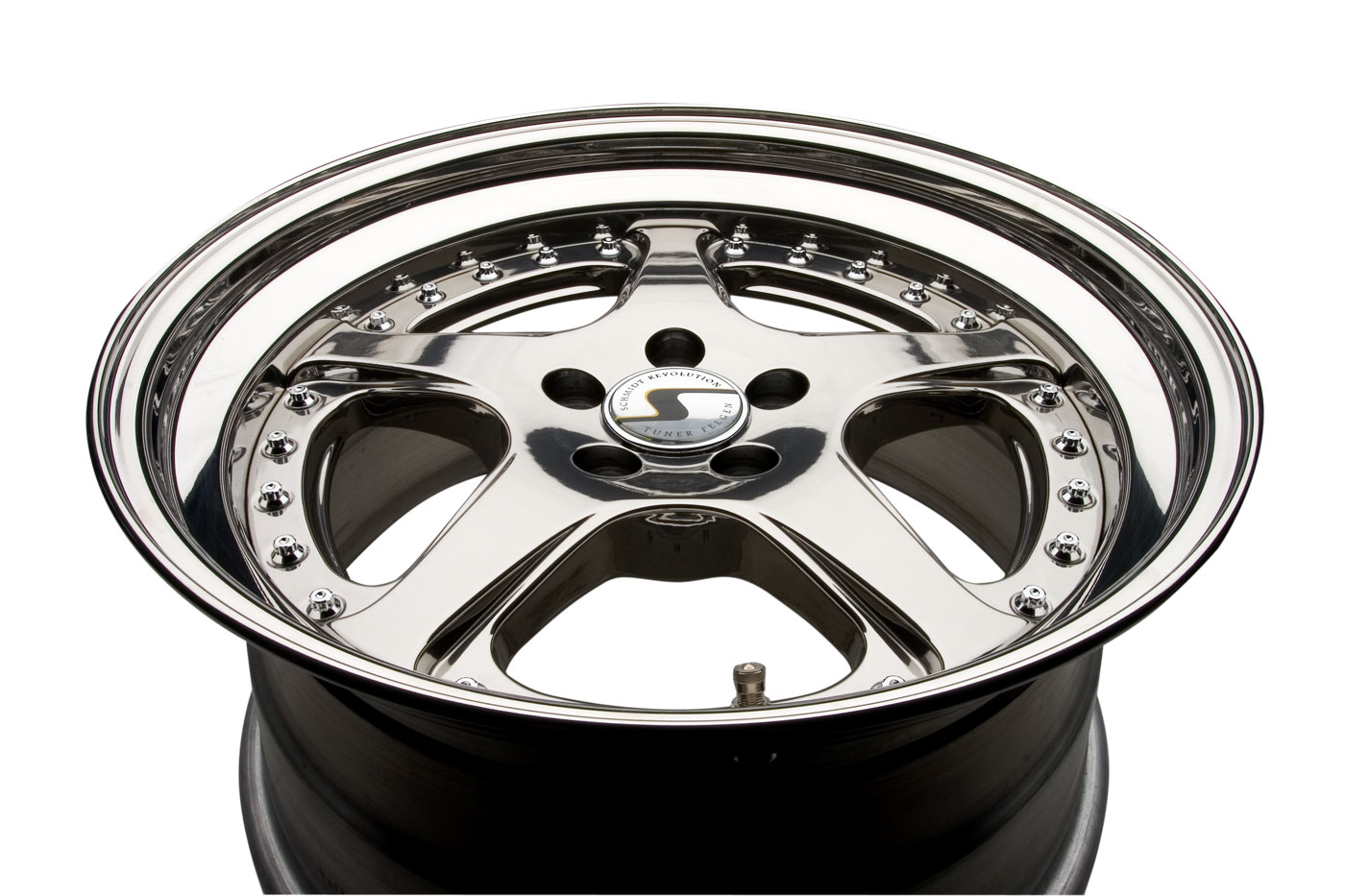 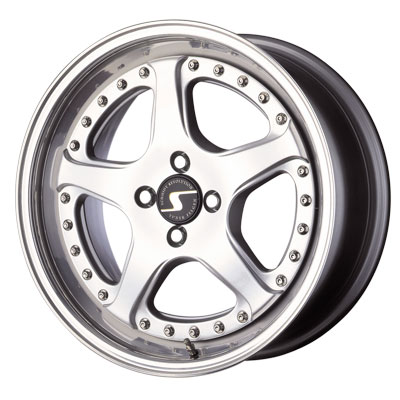 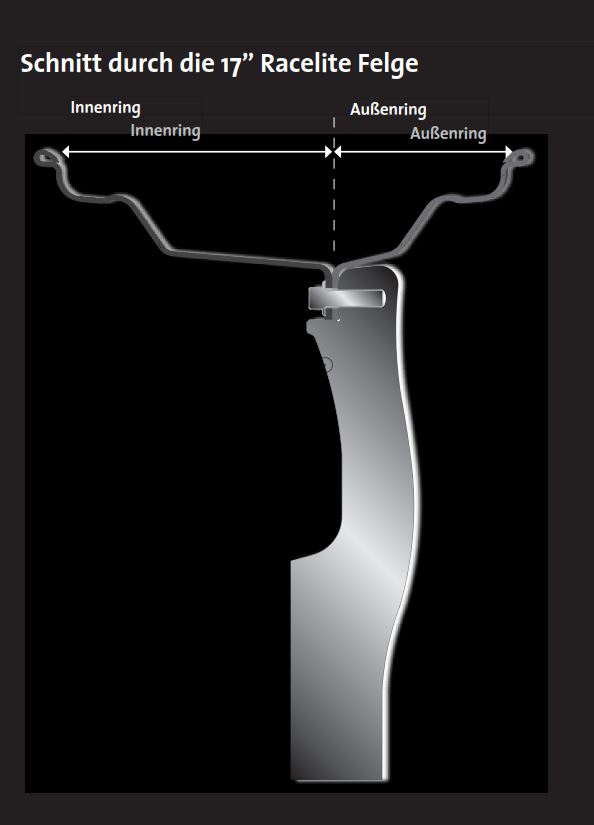 Find out more or adjust your
settings

This website uses cookies so that we can provide you with the best user experience possible. Cookie information is stored in your browser and performs functions such as recognising you when you return to our website and helping our team to understand which sections of the website you find most interesting and useful.

Strictly Necessary Cookie should be enabled at all times so that we can save your preferences for cookie settings.

If you disable this cookie, we will not be able to save your preferences. This means that every time you visit this website you will need to enable or disable cookies again.